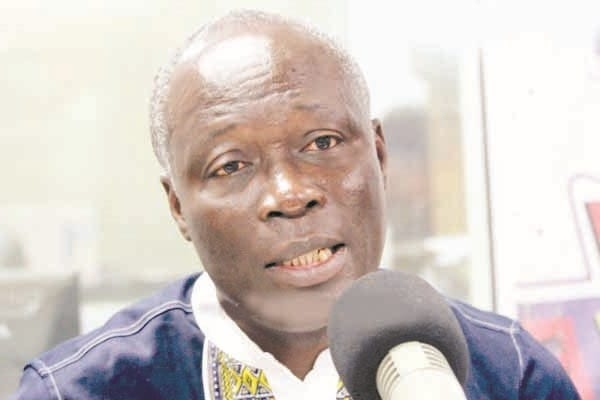 The Member of Parliament for Odododiodoo, Nii Lante Vanderpuye, is seeking justice from the National Security Secretariat and the Ghana Police Service after he was assaulted last night by some men believed to be national security operatives.

According to the former Sports Minister, two operatives accompanied by 10 others, attacked him in front of the James Town Police station, where he had gone to secure bail for a journalist who had been arrested while working for him.

The opposition lawmaker said upon his arrival at the James Town Police Station, 12 persons from the office of National Security, some of whom had guns by their side, approached him and hit him in the chest.

They asked him to leave the area and then slapped and punched him in the face.

Narrating what transpired, the opposition MP said: “Without any provocation, I got punches in my chest; my research assistant, Sam Laryea, was also attacked; my editor, Albert Ofori, was also attacked and then Nii Commey, one of the ward executives who got the cameraman for us, was also being attacked”.

“Lucky enough, two police officers – a lady and a guy – stepped in and they got us pushed back into the police station itself, into the CID office, so, the boys were outside threatening and all that we heard was that they were banging on my vehicle and the next thing we heard was the tyres deflating.

“So, the lady and the guy at the counter called for reinforcement, so, apparently when they heard the sirens of the patrol car coming, they just left the police station.

“So, the reinforcement came, the police escorted us home and they asked me to report this morning at the divisional headquarters at the Ministries”, he said.

Mr Vanderpuye said he did nothing to deserves such punches.

“I was surprised; I was shocked because I didn’t expect that to happen right in front of the police”, he said.

He said he can identify all those who accosted him.