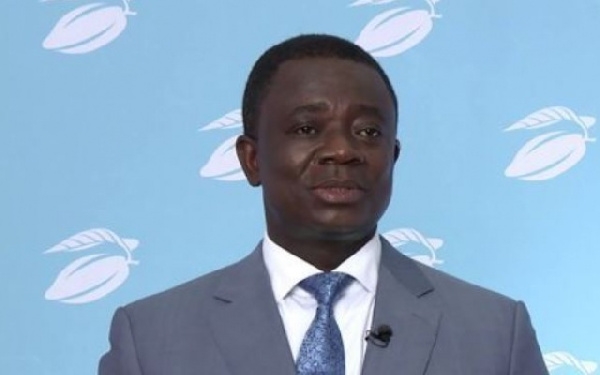 Stephen OpuniThe fifth prosecution witness in the ongoing trial of the former CEO of the Ghana Cocoa Board (COCOBOD), Dr Stephen Opuni and businessman Seidu Agongo, who was expected to appear before the Criminal Division of the Accra High Court today, Wednesday, 14 October 2020, to testify, failed to turn up in court.

The prosecution, led by Chief State Attorney Evelyn Keelson, explained that they received late information from the witness that due to circumstances beyond his control, he could not be present for the hearing.

Mrs Keelson told the court that efforts to get another witness was unsuccessful.

She, therefore, prayed for an adjournment to enable them to prepare adequately for the next court sitting.

The defence counsel in the case associated themselves with the prayer of the State.

The court, presided over by Justice Clemence Hornyenuga, a Supreme Court judge sitting with additional responsibility as a High Court judge, adjourned the case to 21 October 2020.

Meanwhile, the Director of Plant Protection and Regulatory Services Directorate (PPRSD) at the Ministry of Food and Agriculture (MoFA), Dr Felicia Ansah-Amprofi, who is the fourth prosecution witness, admitted to the court a day earlier that even though the laws allow the registration of fertilisers for only two years “without exception”, she, in 2011, oversaw the registration of some fertiliser products of Sidalco for three years.

While under cross-examination on Tuesday, 13 October 2020 by Nutifafa Nutsukpui, who stood in for Mr Benson Nutsupkui, counsel for the second and third accused persons, Seidu Agongo and Agricult Ghana Limited, Dr Ansah-Amprofi said neither the Pesticide and Fertiliser Regulatory Division (PFRD) of PPRSD, which was established by the Plants and Fertiliser Act 2010 (Act 803) nor the Plants and Fertiliser Regulations 2012 (L.I. 2194) make any exceptions for the duration (two years) for which all fertiliser products are registered.

Nonetheless, she admitted to registering some fertiliser products beyond the legally permitted duration.

“Madam, you also told the court that the duration of the registration in respect of all fertiliser products is two years and can be renewed for [a] further two years. Am I correct?” counsel for the second and third accused asked, to which the witness responded: “Very Correct”.

Dr Ansah-Amprofi, who told the court that she served as Fertiliser Administrator from 2010 to 2014, responded: “By the Act and its Regulation, there’s no exception”.

During the cross-examination, Dr Ansah-Amprofi admitted that as Fertiliser Administrator, she certified three fertiliser products of Sidalco for three years instead of two, as proven by Exhibits K10, K12 and K14 with which she was confronted in court on Tuesday.

The lawyer then said: “Even though, according to you, Act 803, as well as L.I. 2194, do not make any exceptions to the durations of such registrations, PFRD granted Exhibits K10, K12 and K14 anyway; that is correct?”

Dr Ansah-Amprofi responded: “Very correct”, but explained to the court that: “What is on the certificate is what he has narrated”, adding: “And, as we said earlier, the Act was enacted in 2010”.

According to her, “before then, the products were not being registered”.

“So, when the Act came out and the applicants started [the] registration, concerns were raised about the fees and charges, so, the charge for a product has since been GHS3,000.

“The concern was [that] it was too expensive, so, at the time, a committee was set up to look into the fees and charges.

“So, the recommendation was: the fees cannot be changed until the fees are reviewed in future by the Legislative Committee on Fees and Charges.

“So, it was recommended that if the fees could not be changed, being the first time the applicants are registering, [it] should be extended for three years instead of two. And the committee accepted to extend all new registrants’ registration for three years”, she noted.

Apart from that fact, the lawyer for the accused persons put it to Dr Ansah-Amprofi that: “In fact, Section 71 (1)(b), which states categorically that every registration for the first instance shall be for two years, also came into effect before you granted Exhibits K10, K12 and K14; that is correct?”, to which she answered: “Very correct”.

She also said it was correct that “that provision has never been amended”.

The lawyer, again, put it to the witness that “neither you nor a committee of experts or howsoever described, had the authority to override the specific provisions of Act 803”.

She answered: “…The law gives provisions for applicants to put any case for consideration and this can be addressed by the committee, so, it is not cast in concrete and stone. So, applicants who have concerns can put their case across to be addressed and you can find that in Section 73”.

The lawyer then argued finally that “this bit about extension of the registration period is a complete afterthought and bears no relationship with the truth”, to which the witness responded: “It’s never true”.