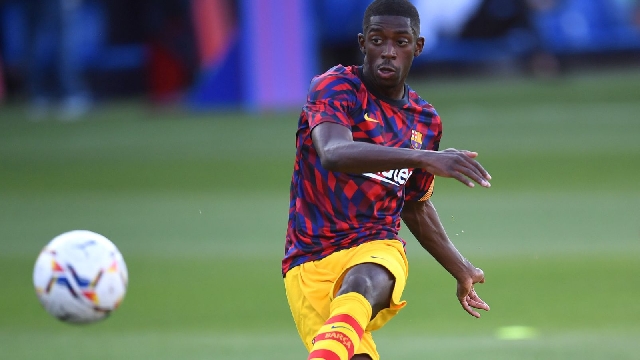 Manchester United are in talks with Barcelona over a loan deal for Ousmane Dembele.

United are keen to sign a winger during this transfer window and, while their first choice is Jadon Sancho, Dembele represents a strong alternative.

He has won two La Liga titles and the Copa del Rey during his three seasons in Spain, but has been restricted to 75 appearances in all competitions by a series of injuries.

On Tuesday, Manchester United had a bid for Jadon Sancho worth up to £91.3m (€100m) rejected by Borussia Dortmund.

Dortmund set United a deadline of August 10 to agree a deal for Sancho, and have stated on several occasions that the England international will not be leaving now that date has passed.

Sancho has not travelled with the rest of the Dortmund squad for the German Super Cup match against Bayern Munich on Wednesday due to a “respiratory infection”. He has tested negative for Covid-19.

If United do manage to sign a winger before Monday’s transfer deadline, it could have repercussions for Daniel James, who has played for just 45 minutes this season.

The 22-year-old was the subject of a loan offer from Leeds last week and, while he wants to stay and fight for his place at Old Trafford, the arrival of another winger could lead to a reassessment of his future at the club.

Football writer Andy Mitten has been questioning Manchester United’s waning power in the transfer market and says they have lost the ability to do the “dark arts of transfers” with fans receiving “mixed messages” about the club’s financial position.

“I don’t think anyone has the same pulling power as Sir Alex Ferguson but to be fair to Ole, he’s been putting calls in and I know he’s spoken to several managers about players who he likes.”