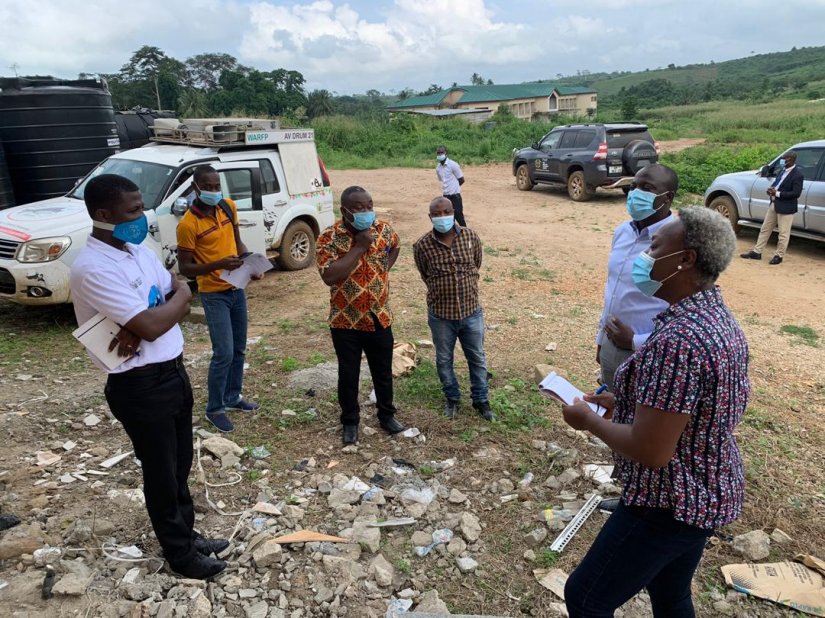 Accra, July 16, GNA – The Public Interest and Accountability Committee (PIAC) has urged government to disburse oil revenues earmarked for projects, rather than accumulating it over time.

According to the Committee, which has oversight responsibility over the prudent management of the country’s petroleum revenue, there are oil-funded projects that face funding challenges and it would be prudent to disburse the funds instead of accumulating it.

The Chairman of PIAC, Mr Noble Wadzah, made the recommendation after leading a delegation to inspect the construction of the Anomabo Fisheries College in the Central Region on July 15. The project received petroleum revenues through the Annual Budget Funding Amount (ABFA) between 2012 and 2019.

In its 2019 Annual Report, PIAC noted that the ABFA available for spending in 2019 was GH¢2.7billion out of which GH¢1.2billion was utilised leaving a balance of GH¢1.5 billion to be utilised and accounted for, a third consecutive year that the actual ABFA was not fully utilised or accounted for.

“It is worrying to know that the project suffered from irregular flow of funds. The period of our reporting indicates that there were unutilized petroleum revenues. If there are projects like this that have a track record of benefiting from oil revenue and still face funding challenges while there is evidence of accumulated revenue, it is problematic and it needs to be addressed,” he said.

He said, PIAC continues to advocate for the use of petroleum revenues on legacy projects and projects such as the construction of the Anomabo Fisheries College, which is clearly a legacy project should not be stifled of funds.

“Stifling the project of monies when petroleum revenues allocated through the ABFA portions are still not utilized is contradictory and the Ministry of Finance must ensure that it is utilized,” he said.

He, however, expressed satisfaction with work done on the project adding that “we have gone round and the work done is impressive but it would have been better if funds were made available consistently.”

The Deputy Director, Finance and Administration at the Ministry of Fisheries and Aquaculture Development, Mr Enock Boadu Amo said financing for the project has been a challenge and currently the Ministry is relying on Internally Generated Funds (IGF) to get the project running.

“The project started in 2012 but financing has been a challenge. In 2020, the ABFA funds did not come forth for the project so we are currently funding with IGF, but we hope that we can overcome this challenge and get the project running,” he said.

Mr. Amo said the project was currently at a 90 per cent completion stage and the road leading to the College was also under construction.

He said when completed, the College will train people in the art and skills of fishing with certification up to the Masters level.

He said the first phase of the project was expected to be completed for the 2020/2021 academic year and was optimistic that by 2022, the second and third phase would have been completed with additional facilities.

The construction project received an amount of GH¢11.5million from the Annual Budget Funding Amount (ABFA) between 2012 and 2019. Although the project was initially scheduled to be completed within 18 months, it has dragged and contractors at the site are now estimating a completion time later this year.

The PIAC-led team was conducted round the facility, which consists of an administration block, hostel facility, a laboratory and a classroom block. Work on the four different blocks has progressed steadily and was at different levels of completion despite the financial hurdles encountered earlier.

The Clerk of Work Site, Akuffo & Associates, Mr. JBK Otoo told the team that work was progressing smoothly and although they might not meet the August 2020 timeline of completion, the work would be completed before the end of the year.

“The project is going on smoothly. Some of the contractors were crying for money, but now they have got something and are speeding up the work. It is left with the finishing and if the money keeps coming, they will finish it soon,” he said.