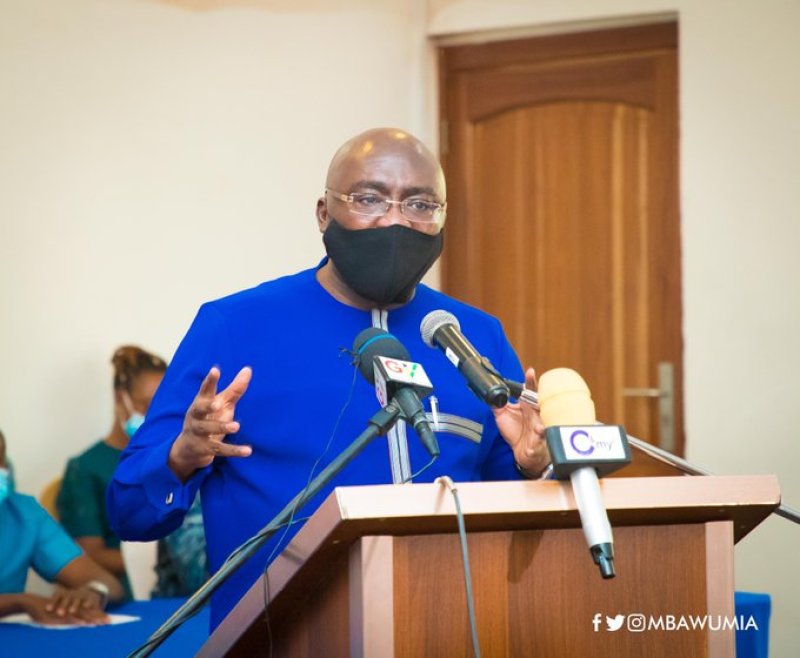 Presiding Members of District Assemblies across the country at a national conference in Koforidua hailed Vice President Alhaji Dr.Mahamudu Bawumia over the digitization of the Ghanaian economy.

“Through the instrumentality of the President, Nana Addo Dankwa Akufo-Addo and his hardworking Vice President, Alhaji Dr. Mahamudu Bawumia, our beloved country has embarked on the digitization of the economy and that is why Ghana’s digital revolution for a bright future, the role of the local Assemblies has been chosen as the theme for this year’s national conference of Presiding Members” Mr. Korto said.

“Led by Dr. Bawumia and other government stakeholders, the government built its digitization success on the back of the issue of biometric national identification cards, digital addressing systems, the digitization of government agencies and services as well as mobile money interoperability.

“Alhaji Dr. Mahamudu Bawumia has received commendations from institutions and prominent people worldwide regarding the significant role he is playing to digitize Ghana’s manual system, I will urge District Assemblies across the country to support the digital revolution agenda for a bright future.

“it is not for nothing that the university of Nottingham chose our hardworking Vice President as the keynote Speaker for its Africa policy dialogues on the theme: Digital transformation in the public sector: Lessons and opportunities from Ghana.

“The first class Vice President’s recent address on the digitization of the economy at Ashesi University was also impressive,” Mr. Korto added.

Professor Ato Essuman, a member of the Council of State and Chairman of the occasion, Mrs. Eva Opoku, a representative of the Minister of Communications and Digitalization, Mrs. Ursula Owusu Ekuful and the NALAG President, Bismark Baisie Inkum, were full of praises for Dr. Bawumia on the digitization of the economy.

The Eastern regional Dean of Presiding Members and national Treasurer of Presiding Members, Mr. Michael Ahwireng, who is also the Presiding member for Akuapim South Municipal Assembly said “Dr. Bawumia is a gift from God to the country and the best Vice President so far”.

The Upper West regional Dean of Presiding Members, who is also the presiding member for Sissala East Municipal Assembly, Mr. Doho Sumaila said “Dr. Bawumia is a learned politician with problem-solving skills, he believes in Allah and cut across social lines, I am not surprised that he is liked by many Ghanaians”.

Souvenir items were presented to former Presiding Members who had become Chief Executives of their respective Assemblies.

Speakers at the conference called on government to honour the Speaker of Parliament, Alban Sumana Kingsford Bagbin, for his immense contributions towards Ghana’s democratic dispensation.