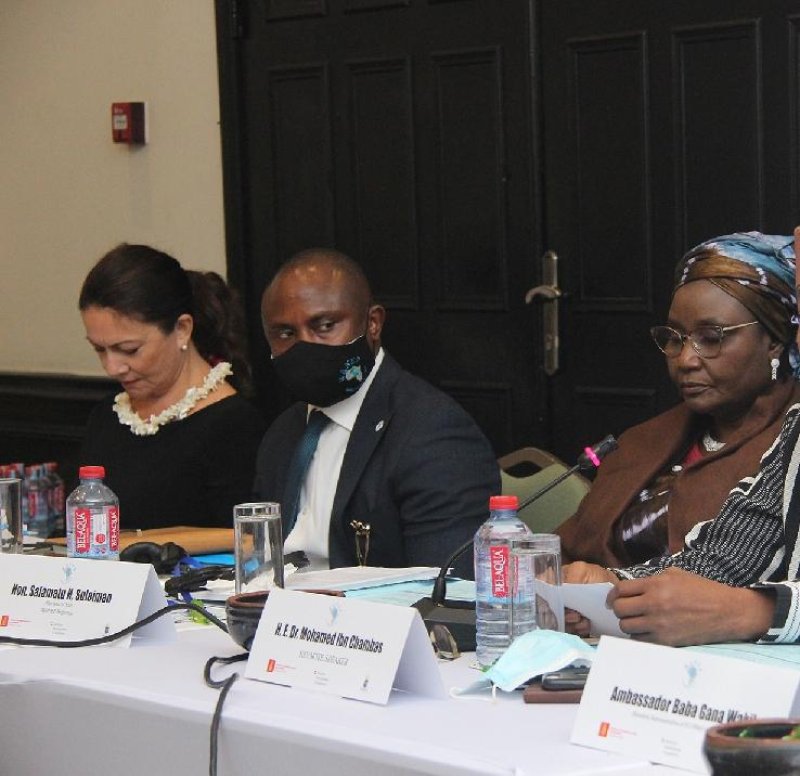 Representatives from the ECOWAS States, policy makers and civil society organisations, Monday, kicked off a two-day workshop to review the ‘ECOWAS Supplementary protocol on Democracy and Good Governance’ and devise strategies to effectively implement it.

ECOWAS adopted the Protocol in 2001 to steer national and regional efforts to consolidate democratic governance and prevent political instability in member states.

The workshop in Accra, spearheaded by the West Africa Network for Peacebuilding (WANEP), has become necessary as a result of the early indication of the increasing democratic decline in the 2019 edition of the Freedom House’s ranking of democracies, in which five out of 12 worst performing countries were in West Africa.

Moreover, between January 2019 and September 2021, there had been growing concerns about constitutional amendments of presidential term limits and lack of inclusivity in the electoral processes in some countries in the region.

There had also been disagreements over the compilation of new voters register, and concerns about the appointment of officers to the Election Management Bodies which led to trust and confidence deficits among stakeholders.

Others are the use of perceived obnoxious laws to curtail dissenting views and human rights violations in the arrest of opposition figures, pro-democracy activists and journalists as well as killing of peaceful protestors in demonstrations especially over the last three years in West Africa.

Dr. Chukwuemeka B. Eze, the Executive Director, WANEP, said between January 2018 and September 2021, WANEP NEWS recorded 3,178 governance-related protests and demonstrations, leading to 756 fatalities and 4,276 injuries.
The figure also includes rejection of electoral verdicts by opposition parties over alleged irregularities in many countries of the region.

Between 2020 and 2021, West Africa had witnessed three military coups in Mali and Guinea that had truncated democratic governance processes and heightened political uncertainties in the affected countries.

“This trend threatens not just the progress made in democratic governance, but also the peace and human security in the entire region,” he said.

Dr. Eze referred to a recent Afrobarometer democracy survey conducted in 34 countries, which revealed that seven out of 10 Africans preferred democracy to all forms of government, however at the same time, they were more than half dissatisfied with the quality of democracy in their countries.

“This suggests that there is a democratic deficit where demand exceeds supply, and therefore unmet democratic demands may lead to social unrest or a return of authoritarianism,” he noted.

Mr Bankole Adeoye, the Commissioner for Political Affairs, Peace and Security, African Union Commission, in a statement read on his behalf, said COVID-19 had exposed the weakness in democracy and good governance in the region and revealed the vulnerabilities of inequalities which had become a source of global destruction.

Speaking about the recent coups in Cote d’Ivoire and Conakry, Guinea coupled with their repercussions, he charged member states at the workshop to generate early warning mechanisms to address it.

He also entreated them to raise public awareness on the protocol and encourage ECOWAS citizens to be concerned with its implementation to ensure its legitimacy and success for West African peace and stability.

Mrs Ingrid Mollestad, the Norwegian Ambassador to Ghana, disputed the idea of prioritizing only elections in the quest to achieve a democratic state, saying, democratic states required transparency, healthy politics and respect for dissenting views to thrive.

She said while women’s opinions and that of those of opposing political parties were being downplayed in the mission to solve problems, more problems were rather being created.

“As a leader, even if the people did not vote for you, you need to take them into consideration and address their concerns. Bear in mind that majority do not always make the right decision. We need to tolerate everyone, respect human rights and the rule of law. It matters what we say to each other, use the media and social media for,” she added.

Mrs Mollestad described a healthy democracy as one that respected political, social, cultural and religious diversity and created avenues for everyone to respect and tolerate each other’s opinions.