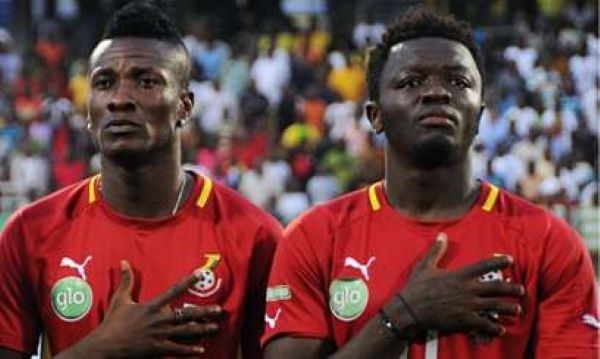 Thirty-four-year-old Gyan and 36-year-old Muntari have both expressed interest in wrapping up their careers at Kotoko.

In an interview with Class Sports, Nana Kwame Danquah, urged the club’s board to consider the services of the two national stars if head coach Maxwell Konadu approves.

“If the technical team headed by the coach thinks they [Gyan and Muntari] are competent to help his sport, why not? He should include them”.

“Ghana’s all-time top scorer Asamoah Gyan and experienced midfielder Sulley Muntari have [both] expressed interest in wrapping up their club careers at Kotoko”, he added.

Gyan has scored 51 goals for the Black Stars.

He represented Ghana at the 2006, 2010 and 2014 FIFA World Cups, scoring 6 goals to become Africa’s highest scorer in the history of the World Cup.