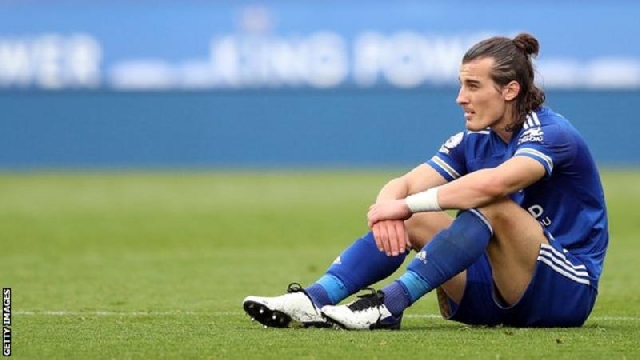 Leicester City defender Caglar Soyuncu could be out for three months with an abductor injury, manager Brendan Rodgers says.

The centre-back, 24, missed Sunday’s defeat by Aston Villa with the groin injury, picked up on international duty with Turkey.

Rodgers said the Turkey international would be a “big miss”.

“The muscle is right off the bone, so he could be up to three months, which is an absolute shame for him,” Rodgers said.

Leicester have been without right-back Ricardo Pereira since March because of a knee injury, and midfielder Wilfred Ndidi was ruled out for up to 12 weeks last month.

But the calf injury that kept striker Jamie Vardy out of the 1-0 loss to Villa is not serious and the former England international could return to face Arsenal on Sunday.