Speaker Bagbin warns COVID MPs to stay away from House 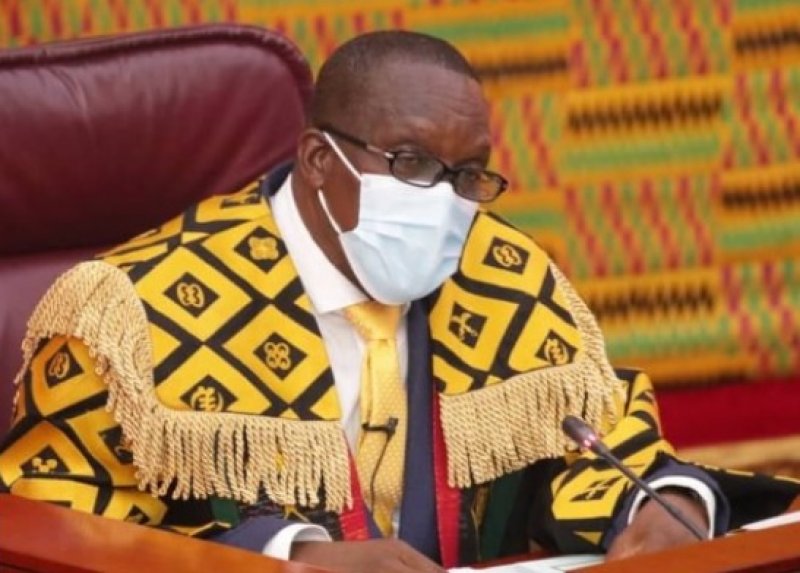 The Speaker of Parliament, Mr Alban Bagbin, has warned Members of Parliament (MPs) who have tested Covid-19 positive to stay away from the House or be named publicly.

According to the Speaker, some MPs who have tested positive for the COVID-19 disease were still coming to the parliamentary chamber.

Speaker Bagbin gave the warning through first Deputy Speaker Joseph Osei-Owusu who was chairing proceedings in the House on Wednesday, in Accra.

“I wish to inform the House that if those members do not withdraw and isolate, he (Speaker) will be forced to publish the names of MPs who have tested positive in order to warn the rest of them,” Mr Osei-Owusu said, in reference to Speaker Bagbin.

Since last week, a team from the Noguchi Memorial Institute for Medical Research has been on the precincts of Parliament, screening MPs and staff to ascertain their Covid-19 status, and Speaker last Friday reminded members and staff to make themselves available for the tests.

As he issued the warning to those who have tested positive, Speaker Bagbin also called on members to take the safety protocols seriously.

He further announced that about 50 MPs and staff of Parliament had not submitted themselves for testing and asked them to do so immediately.

Alhaji Mohammed Mubarak Muntaka, Minority Chief Whip, in his contribution, urged the Medical Director of Parliament to inform both the Majority and Minority Whips of members who had tested positive.

He also suggested that each MP should be given his or her COVID-19 test results and not to be told on the telephone.

Mr Osei Kyei-Mensah-Bonsu, Majority Leader, stated that as of last week, there were about 60 MPs who had still not submitted themselves for testing and that was what occasioned the medical team to be brought back.

He explained that only eight out of the remaining 60MPs have so far submitted themselves for testing and that the outstanding 52 MPs still remained a danger to the House.

He said even though some MPs had undertaken their own private COVID-19 test, that would still not exonerate the remaining 52 MPs and thus pleaded with them to go and take the test.