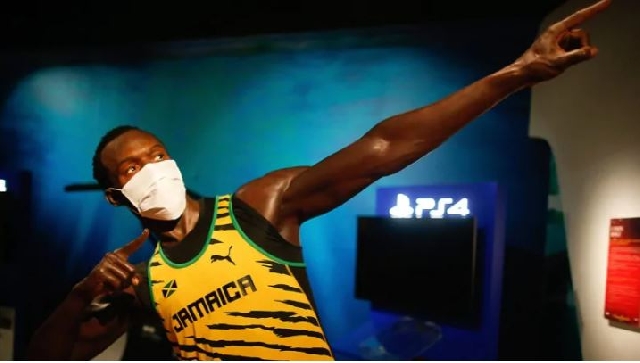 World-record sprinter and eight-time Olympic gold medallist Usain Bolt has tested positive for the coronavirus and is self-isolating at his home in Jamaica after last week celebrating his 34th birthday with a big bash mask-free.

Jamaica’s health ministry confirmed late on Monday that Bolt, who holds world records in the 100m and 200m distance, had tested positive after he posted a video on social media around midday saying he was waiting to hear back on his results.

“Just to be safe I quarantined myself and just taking it easy,” Bolt said in the message that he appeared to have taped himself while lying in bed.

It was posted with the caption “Stay safe my ppl.”

The only sprinter to win the 100m and 200m golds at three consecutive Olympics (2008, 2012 and 2016), Bolt said he did not have any symptoms of COVID-19, the respiratory illness caused by the novel coronavirus.

Bolt said he took the test on Saturday, the day after he celebrated his birthday at a bash where partygoers danced to the hit “Lockdown” by Jamaican reggae singer Koffee.

“Best birthday ever,” Bolt, who retired from athletics in 2017, wrote on Instagram, posting a photo of himself holding his daughter, Olympia, who was born in May.

Fans wished Bolt a speedy recovery on social media — “drink up your ginger tea,” one wrote — although some accused him of carelessness.

Jamaica has had a confirmed total of 1,413 cases of the coronavirus and 16 deaths on the island of around three million.

Bolt left track in August 2017 and made the move to soccer, training with several European clubs, but that career change was short-lived as Bolt failed to reach a deal with the Central Coast Mariners in Australia.

He left track after nine seasons with 19 major championships to his name and an undefeated run at the Olympics in the 100, 200 and 4×100 relay.

Bolt captured his first Olympic medal in Beijing on Aug. 17, 2008, covering the 100 in a stunning 9.69 seconds to become the first sprinter to set the world record at the Olympics since Bailey ran 9.84 in Atlanta. Richard Thompson of Trinidad and Tobago crossed the line second, more than a body length behind Bolt.

Three days later, on a hot, humid night with 91,000 people crammed inside Bird’s Nest Stadium, Bolt ran 19.30 in the 200 final to shove Michael Johnson’s seemingly unbreakable world record of 19.32 to the side and become the first man since Carl Lewis 24 years earlier to complete the men’s sprint Olympic double. He was also the first since Jamaica’s Don Quarrie in the 1970s to hold the world 100 and 200 marks simultaneously.

Bolt later teamed with Nesta Carter, Michael Frater and Asafa Powell in Beijing to win the 4×100 relay in a world-record 37.10 that was wiped from the record book in January 2017 after a re-analysis of Carter’s drug test turned up a banned stimulant.

Six times Bolt was named International Association of Athletics Federations male athlete of the year and he is also a three-time recipient of the Laureus World Sports Award for sportsman of the year.

Along the way, he was a showman that danced, smiled, flashed a peace sign, blew kisses to the crowd and mugged for the cameras, making many forget about a sport that has been ravaged over the years by doping violations.