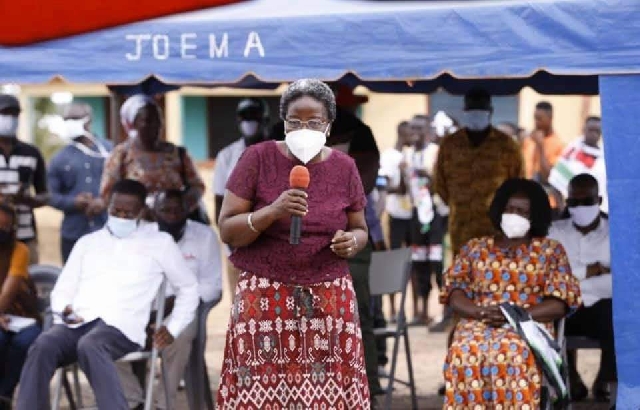 The late Papa Kwesi Amissah-Arthur was Vice President of the country between 2012 to 2016.

He died on 29 June 2018, after he collapsed during a workout session at the Airforce Gym.

In her tribute at the final funeral ceremony at the Accra International Conference Centre on Friday, 27 July 2018, Mrs Amissah-Artur said: “Over the last few weeks, I have been amazed at the number of people who have come to show appreciation and I ask myself: ‘Is this Ghana?’ Are all these people in Ghana because of the maligning, the lies, the treachery, the wickedness, the mischievousness?

“I ask myself: Is this Ghana? I ask myself is this, my own husband, that you have come to say tribute to? And today, I ask the same question: Did people really know my husband? Did they take time to know him? The false accusations, the lies the maligning, did they know him? My dearest, me, your children, we know you.”

Her remarks sent the nation talking about the hypocrisy of loving the dead in this part of the world irrespective of how the person may have been treated while alive.