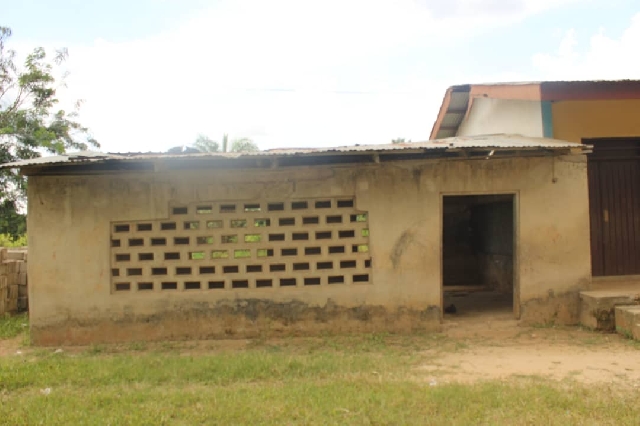 The building of the Bosuso R/C primary school in the Fanteakwa South District of the Eastern Region is in a deplorable state and poses a threat to the pupils and teachers.

The roof leaks badly anytime the rain falls, which has led to cracks on the walls of the classrooms.

The head teacher of the school, Mr Joseph Awuah, told CTV’s Kamal Ahmed that “the building gets inundated anytime it rains and this has been going on for several years now”, adding that complaints addressed to the authorities have not yielded any positive feedback.

According to Mr Awuah, when he was appointed headmaster, he managed to build two pavilions with internally-generated funds to control the situation.

However, he noted that swift action must be taken to prevent any unfortunate occurrences.

He indicated that the sorry state of the school building does not make teaching and learning conducive, as it is on the verge of collapse.

He, therefore, called on the Member of Parliament (MP) for Fanteakwa South, Kofi Okyere Agyekum, to help address the problem.