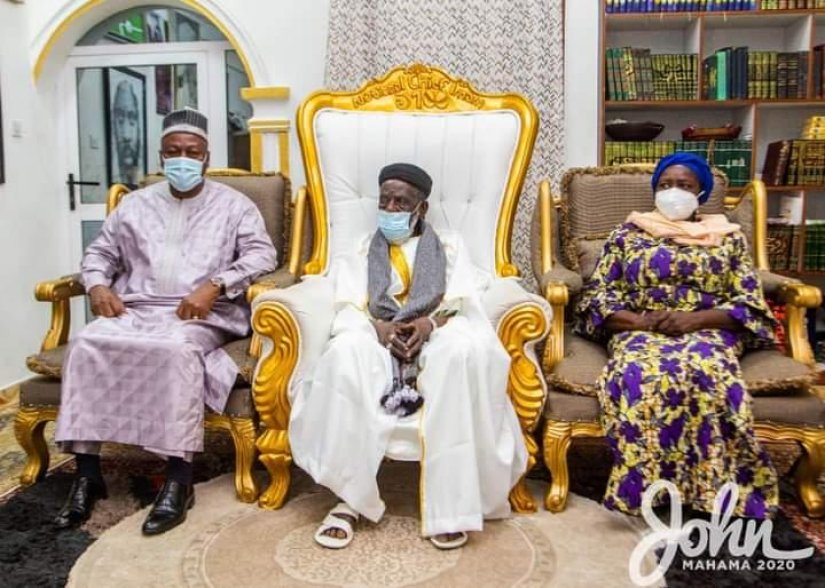 “We will improve the free SHS and make sure that the quality of teaching and learning is made better..,” Mr Mahama stated on Wednesday.

He said this when he formally introduced his running mate Professor Jane Naana Opoku-Agyemang to the National Chief Imam, Sheikh Dr Osman Nuhu Sharubutu, in Accra.

Mr Mahama described Prof. Opoku-Agyemang as God-fearing and a woman of unquestionable integrity who had carved a niche for herself as a distinguished scholar worldwide.

He said among her many achievements instilling discipline in the Education sector with the reduction in teacher absenteeism from 27 percent to seven percent by 2016 was remarkable.

Mr Mahama said it was, therefore, not surprising that for four consecutive years, Ghana took the first place in the West African Senior Secondary School Certificate Examination, a position, he said the country had lost since they left office.

Mr Mahama said one of the things the next NDC administration would do when back in the office was to complete the 200 community day schools that they began “to bring a quick end to the double track system.”

“We want our children to go to school at the same time and all vacate at the same time,” he said, stressing he did not say he would abolish free SHS when elected back to power.

“We are running for office so that we can restore our economy, prosperity, and jobs for our young people and that is why I’ve come out with two key promises,” Mr Mahama said.

He said the $10 billion accelerated infrastructural plan, dubbed the “Big Push” was going to finance infrastructure for development and economic prosperity.

The former President said his next administration would also concentrate on infrastructure development; declaring that, “we are going to concentrate on creating jobs for our young people and that is why I’m coming with the one million jobs plan, to create jobs in every sector of the economy”.

Prof. Opoku-Agyemang said the next NDC government would keep to its manifesto promises.

The National Chief Imam, Sheikh Dr Osman Nuhu Sharubutu prayed for the peace and prosperity of the nation.