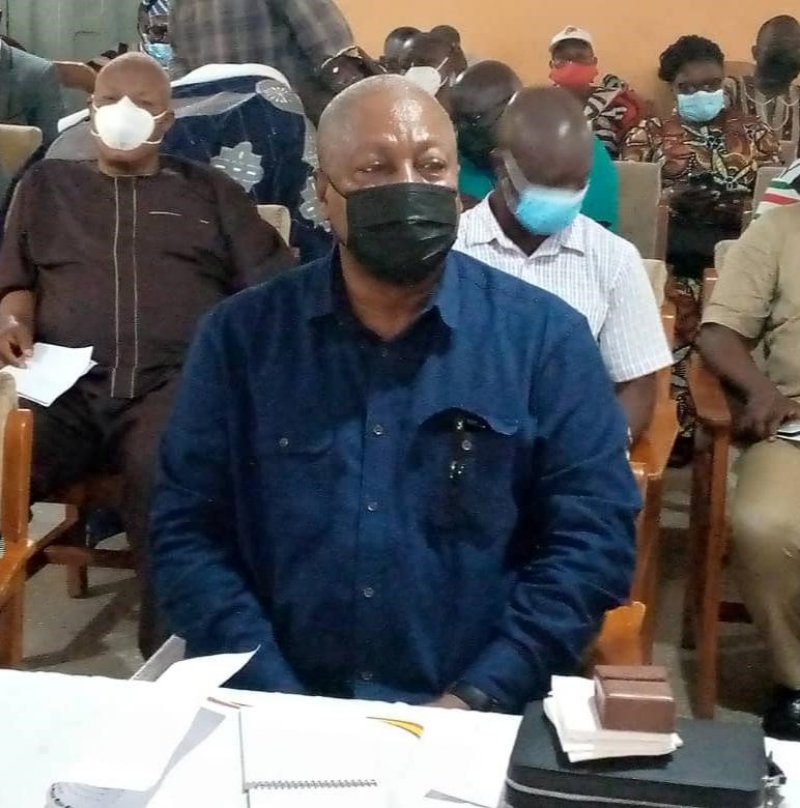 Former President John Dramani Mahama says no matter how long it may take, the National Democratic Congress (NDC) will take over the administration of the country again to improve the living conditions of Ghanaians.

He said the NDC, as an opposition party, was ready to play its role effectively and not obstruct government but would hold it accountable and collaborate with it in the right direction to improve the living conditions of the citizenry.

“One day, however long it takes, we will take the administration of this country again. And the country must survive so that when we come into office, we will be able to continue from where whoever left off,” the Former President said.

Mr Mahama said this when he addressed the Upper East Regional House of Chiefs in Bolgatanga as part of activities to mark his “thank you” visit to the Region to express gratitude to the Chiefs and people of the Region for the massive support he got in the 2020 Presidential and Parliamentary elections.

“To have come from just above 4,000,000 votes to almost 6.3million votes, was a very impressive achievement, and we could not have done it without the support we enjoyed in the Upper East Region here.

“And so let me through you, thank all the people of the Upper East Region for the support they have shown me in the last election. Tell them that NDC appreciates what they have done,” he told the Chiefs.

He also urged the Chiefs to continue to play their roles as custodians of the land, guide government when it goes wrong, and continue to be agents of development in their traditional areas.

The President of the Upper East Regional House of Chiefs, Pe Ditundini Adiali Ayagitam III said the Former President’s initiative to call on the House, showed the respect he had for the traditional authority in the country.

“We very much acknowledge your calm composure while you were a sitting President and out of office. The obvious observation is that you do not only preach peace, but you are an epitome of peace.

“Even in the face of extreme provocation, you always had a way of diffusing tension. Your recent handling of the election petition ruling spoke volumes of the type of person you are,” Pe Ayagitam III, who is also the Paramount Chief of the Chiana Traditional Area, said.

According to the Chief, the peaceful attributes of Mr Mahama placed the country on a high pedestal in democratic governance, “We encourage you to keep it up”.

He said conflicts retarded development and the citizenry must collectively guard against actions that could plunge the country into chaos.

Pe Ayagitam III thanked the former President for the development projects he undertook in the Region during his tenure as President, and prayed for God’s blessing for him.