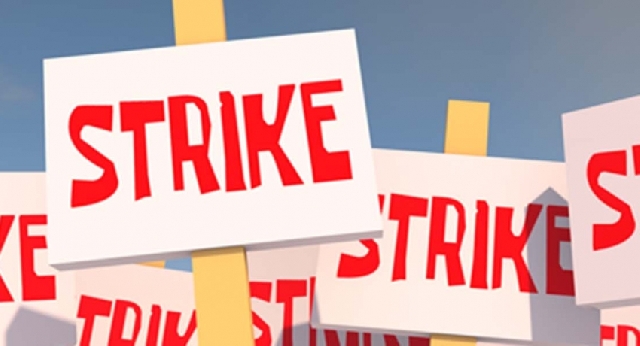 The nurses and midwives are intent on going on strike

The Fair Wages and Salaries Commission (FWSC) has described as “illegal”, any attempt by the Ghana Registered Nurses and Midwives Association (GRNMA) to go on strike from today, Monday, 21 September 2020.

In declaring the strike, GRNMA and its allied associations (Ghana Physician Assistants Association and Ghana Association of Certified Registered Anesthetists), said: “Having reconvened in the meetings held on 15th and 16th September 2020, the posture of the Employer changed for the better but did not meet the expectation of the majority of nurses, midwives, physician assistants and certified registered anaesthetists in Ghana.”

It stressed, however, that “the proposal of the employer, as reported, cannot serve the economic interest of all nurses, midwives, PAs and CRAs.”

“The employer is hereby notified that nurses, midwives, physician assistants and registered anaesthetists will withdraw their services from 8 am on Monday, 21 September 2020.”

It further directed all “nurses, midwives, physician assistants (PAs) and certified registered anaesthetists (CRAs) in all public institutions” to withdraw their services from 8 am on Monday, 21 September 2020.”

The association also advised the general public “to seek medical attention at other health facilities.”

The Commission, however, has, in a statement, urged the health workers to, “in the spirit of the goodwill shown by the government toward health workers and, in particular, nurses and midwives since 2017 in the areas of recruitment and restoration of Nursing Trainee Allowance among others … return to the negotiating table in order to reach an amicable agreement”.

Read the full statement from the Fair Wages and Salaries Commission below:

Accra, 20th September 2020 – Government is in receipt of a press release issued by the GRNMA declaring the Association’s intention to embark on a strike action beginning Monday, 21st September 2020.

The press release has been widely circulated through social media wherein they have explained the basis of the intended action.

Per the Rules of Engagement signed and dated 29th July 2019 at the inception of the negotiation process, parties agree that they will refrain from going to the press while negotiations are ongoing.

While the parties, in the course of the negotiations, have not declared a deadlock, members of the GRNMA, surprisingly, resorted to the media, declaring their intention to go on strike beginning 21st September.

It is against this background that we seek to share the following chronology of events.

1. On the 17th of September 2019, by a letter number FWSC/D/SCR/90/Vol.2/42 the Fair Wages and Salaries Commission (FWSC) wrote to the Ghana Registered Nurses and Midwives Association (GRNMA) to formally request for proposals for the re-negotiation of their Conditions of Service.

2. The Ghana Registered Nurses and Midwives’ Association officially submitted their proposals to FWSC on 20th January 2020.

3. FWSC after receiving and considering the said proposals set the 18th February 2020 for negotiations to begin and invited the GRNMA by a formal letter.

4. However, on 17th February 2020, just a day before the negotiation was to commence, the GRNMA, citing errors in the earlier proposal, per letter number GRNMA/S/20- 02/17/01 re-submitted their Conditions of Service proposals.

Subsequent negotiation was however disrupted by the COVID-19 pandemic restrictions.

On 4th and 5th June 2020, the Government Team led by FWSC engaged in meetings with GRNMA to officially kick-start negotiations with the Association on their Conditions of Service.

6. At this meeting GRNMA submitted nine (9) new proposals (non-core allowances) for the consideration of the Government Team.

7. On 3rd September 2020 the parties met to finalise negotiations on their Conditions of Service and the Government presented counter-proposals in respect of the nine (9) new proposals

8. On Tuesday 15th September 2020, both parties reconvened at the Ministry of Health to try to reach agreement on the nine (9) new proposals.

9. At that meeting both parties were able to reach agreement on the Non-Basic Salary Allowance, which was part of the nine (9) new proposals.

10. In order to ensure the speedy conclusion of negotiations, another meeting was held on Wednesday, 16th September 2020 to try to reach an agreement on the eight (8) other proposals.

13. The Government Team are, therefore, at a loss as to why the GRNMA decided to declare an industrial action effective 21st September, 2020, contrary to our underlying agreement reached on 16th September 2020.

14. Any attempt to embark on the strike action will be illegal.

15. Accordingly, the FWSC has referred the matter to the National Labour Commission in response to which the Commission has issued an Interlocutory Injunction directing them to call off the strike.

16. In this regard, we urge the GRNMA to come back to the negotiation table facilitated by the National Labour Commission to find an amicable solution to close the negotiations.

In conclusion, the Government would like to show appreciation for all the good work that the entire membership of GRNMA has done even in the face of the COVID-19 Pandemic.

In the spirit of the goodwill shown by the Government towards health workers and, in particular, nurses and midwives since 2017 in the areas of recruitment and restoration of Nursing Trainee Allowance among others, we would, by this press release, urge the leadership of the GRNMA to return to the negotiating table in order to reach an amicable agreement.