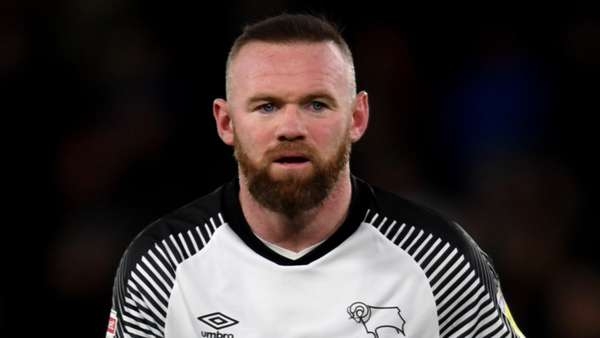 Wayne Rooney has posted a negative Covid-19 test result, but the Manchester United and England legend is still “angry and disappointed” at being forced into a period of self-isolation.

The 34-year-old is currently filling a player-coach role at Championship side Derby.

He played the full 90 minutes of their 1-0 defeat at Watford last time out, with the former Red Devils and Three Lions star unaware at that stage that he had come into contact with a coronavirus carrier.

Josh Bardsley, the younger brother of Burnley defender Phil, had delivered a watch to Rooney last Thursday despite being advised by NHS Track and Trace to stay at home as he waited on a test result.

The 21-year-old has since discovered that he is positive, meaning that all of those he has mingled with must now head into quarantine.

Rooney falls into that category and he will now sit out a crucial run of games for Derby – including a meeting with Nottingham Forest on Friday – despite being fit and healthy.

He posted on social media: “Just received the news that my Covid-19 test has shown that I do not have the virus.

Rooney’s representatives revealed on Saturday that their client had been left frustrated by the actions of Bardsley, with the Rams star unaware that he was putting himself in a problematic situation.

A statement from his management team released to The Sun read: “It was only today [Saturday] following media approaches and his own investigations that Wayne became aware that Josh had been contacted by track and trace before the visit and should not have come to his house.

“Wayne is angry and disappointed that he, his family and his club have been put in this position by someone acting secretly and in breach of Government and NHS guidelines. He is now taking a coronavirus test as a result of his contact with Josh.”

That has come back negative, but Derby will not be able to call upon Rooney for meetings with Huddersfield and Forest this week or a clash with Cardiff on October 28.

“On being made aware of this news the club has ensured that the appropriate measures were taken in line with strict EFL Covid-19 protocols and UK Government guidelines, which the club is operating under,” Derby said in a statement.

“The club will continue to adhere to the Covid-19 rules and protocols to ensure that the safest possible environment is provided for its players and staff. The club will make no further comment unless a further update is required in relation to this matter.”