Death of a woman in Cairo suburb sparks anger in Egypt 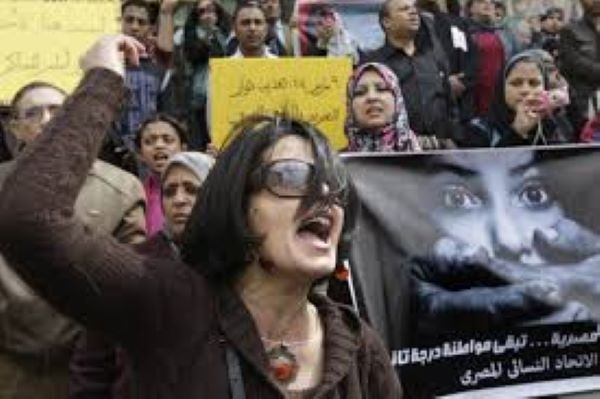 Egyptian police have arrested at least one of the three alleged perpetrators involved in the killing of a young woman in a Cairo suburb on Tuesday night in an incident that sparked anger across the Middle Eastern country.

The move on Wednesday came after Egypt’s public prosecutor ordered the arrest of the perpetrators as investigations revealed the victim – identified as Mariam, in her 20s – had been killed while walking home from work in Maadi, a calm south Cairo suburb.

According to the investigation, men riding a small white van, or microbus, tried to rob the young woman. They snatched the victim’s bag, dragging her along with it, which led to the young woman’s collision with a parked car, reported Egyptian media.

An ambulance arrived about 30 minutes after the incident and found the young woman dead. Egyptian media reported that she had sustained serious head injuries, fractures and wounds all over her body.

The prosecution said it had gathered witness statements and forensic evidence to help further investigate the incident.Anger in Egypt

The incident was initially reported by several local media outlets as a sex crime, with news websites saying that the young victim was sexually assaulted before being killed.

The claim sparked anger across Egypt, with many seeing the incident as part of series of recent crimes against women amid a rare debate about sex crimes that started on social media and which has fuelled a growing #MeToo movement.

Using a trending hashtag in Arabic which translates to “Maadi_Girl”, many people denounced the crime.

Following the incident, Egypt’s Dar al-Iftaa, a top religious authority in the country, emphasised the need to deter sexual harassment.

In a statement on its official Facebook page on Wednesday, Dar al-Iftaa said harassment is a heinous crime.

“Those who harass by word or action are criminals deserving severe punishment in this world and the hereafter,” said the statement.Series of sex crimes

The incident comes after a series of serious sex crimes came to light earlier this year.

In August, Egyptian authorities ordered the arrest of a group of men accused of being involved in a 2014 gang rape at a Cairo hotel.

Lack of action over the incident – more widely known as the Fairmont Crime – was reported to have involved six men from powerful families.

It caused an uproar after being disclosed in July by an Instagram account – with more than 180,000 followers – that aims to expose sex attackers.

Earlier this year, a former university student was charged with blackmail and indecent assault of at least three women in a closely-watched case also prompted by social media.

In September, the public prosecutor referred Ahmed Bassam Zaki – in his early 20s and a former student at the American University in Cairo – to the criminal court on charges of “sexually assaulting three girls under the age of 18 and threatening them along with a fourth girl with disclosing matters related to their honour”.