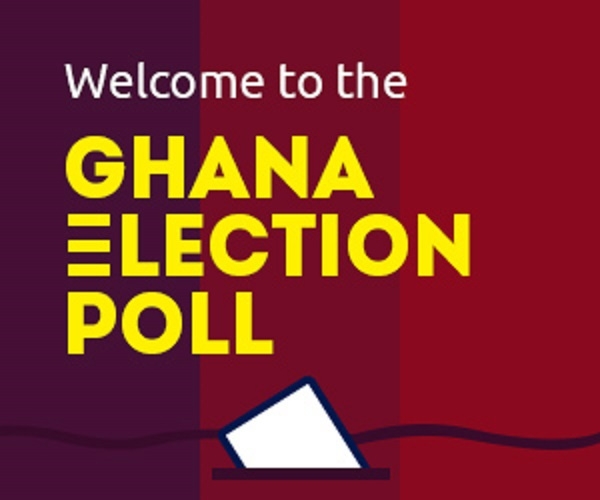 Results of the first wave of the Ghana Election Poll which run from May to June will be published from Wednesday, July 15, 2020, on Ghana’s first and most popular news portal – GhanaWeb.

The scientific poll which was conducted online via the renowned market research firm MSI-ACI had 792 Ghanaian adults aged 18 years and older responding to questions on current events leading to the 2020 Presidential and Parliamentary Elections.

A representative sample of the Ghanaian population was achieved by weighting the data according to the demographics of the 2010 population and housing census and the Ghana Living Standards Survey (GLSS 7). The poll had a ±3.482% margin of error.

Seven questions were asked in June and their corresponding results would be published in the next three weeks starting on Wednesday. The questions include:

=> If the December 2020 elections were to be held today, which party do you feel will win?

=> Do you think Akufo-Addo has fulfilled his promises well enough to deserve re-election?

=> Do you think former President John Mahama deserves to return as President of Ghana?

=> Do you think it is time to vote another party into power apart from the NDC and NPP?

=> Do you feel there is a possibility of vote-rigging in the 2020 election?

=> Who are you planning to vote for if the 2020 elections were held today?

The Ghana Election Poll is powered by GhanaWeb and the Africa Consumer Panel which is a cooperation between the digital publisher Africa Business Communities and renowned market research firm MSI-ACI.

The poll is conducted every month and the results are published at the beginning of every other month on GhanaWeb.com. It is devoid of spam and abuse as participants go through a two-step verification process when they sign up.

The Ghana Election Poll is different from the open-access poll which was also launched by GhanaWeb in May. The latter allows participants to self-select into participation and its results cannot be generalized because it is a representative of only the participants of the poll.

You can also find more polls on GhanaWeb at GhanaWeb Polls.