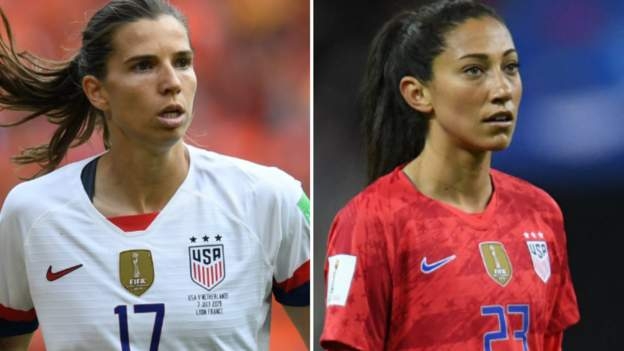 Portland Thorns’ Heath, 32, and Press, 31, of Utah Royals, have both agreed one-year deals.

Their arrivals will see four US stars playing in the Women’s Super League, after Manchester City signed Sam Mewis and Rose Lavelle in August.

Heath and Press have a combined 306 international caps between them.

Press opened the scoring when the US beat England 2-1 in last summer’s World Cup semi-final in Lyon.

She has scored 58 goals in her 138 international appearances, as well as providing 37 assists, while Heath has netted 33 times in 168 games, with 40 assists.

Both players were part of the USA’s back-to-back World Cup winning teams of 2015 and 2019.

They will become the highest-profile players ever signed by United, who reformed their senior women’s side in 2018 following a 13-year absence.

United opened their 2020-21 WSL campaign with a 1-1 draw against champions Chelsea on Sunday and the additions of two of the best attacking players in the world will be a major boost for Casey Stoney’s side.

The WSL transfer window will close on Thursday.