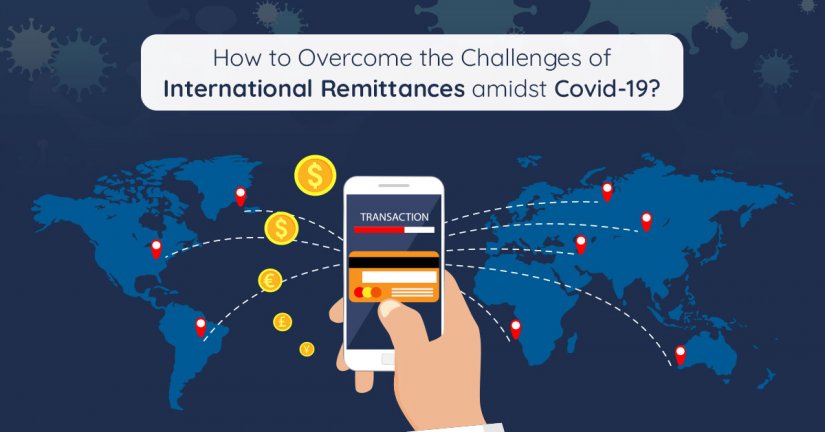 This is because some, if not most migrants are financed by their families to travel to Europe with the hope of receiving remittances.

The primary use of remittances of most families in Ghana is to buy basic necessities, such as food, clothing and household goods, with a lower priority given to investments or savings.

Interestingly, job losses due to the COVID-19 have interrupted cash flows significantly, as many Ghanaians in Europe and around the world are unable to send money back home to their families and other relatives.

“In fact, there has been a significant drop-off in funds sent home. My husband told me he has lost his job due to the COVID-19, and he is in the house in Hamburg”, says Madam Leticia Gyan, a petty trader engaged in second-hand clothing selling in Sunyani, the Bono Regional capital.

“My job is gradually collapsing because my husband is unable to ship second-hand clothing for me to sell”.

It was in 2007 and two years after their wedding, Madam Gyan said that her husband left for Germany through Libya.
“My husband used to send us a lot of money every quarter because we were putting up a private residential accommodation, but the money has stopped coming since January”, she said.

“The building project has become standstill as I am speaking with you now, he has lost his job in Germany due to the COVID-19”.

For Auntie Esi Ameyaa, a resident of Berekum, in the Bono Region, her husband who is currently in Bremen, Germany left Ghana for there in 2010.
She said her husband lost his job in March, this year and since then he has not sent money back home.

“This is seriously affecting our socio-economic livelihoods because I have four children. It is very difficult for me to pay utility bills, and provide the family needs”, Auntie Ameyaa indicated.

“Jobs are hard to get, companies are shutting down. Online biz has taken over in German’s economy and many Ghanaians in Germany have lost their jobs’ ‘, John Kwasi Amankwaa, a German-based Berekum citizen, who said he recently returned from Germany stated.

“Employers have cut down salaries of Ghanaians who are lucky and working in Germany”, he added.

As the country’s borders remained closed due to the COVID-19, Amankwaa said his over-stay in Ghana had brought serious economic hardship on him, and prayed the Ghana government would open the borders soon for him to travel back to Germany.

Ghana recorded US$3.8 billion dollars from remittances transferred into the country in 2018 by citizens in the diaspora.

The inflows, according to Mr. Akwasi Awuah Ababio, the Director of Diaspora Affairs of the Office of the President is more than revenue generated on other exported resources like gold, cocoa among others.

“This is even more than what we receive from donor countries in the form of aids and it’s time it’s well-recognised with policies geared towards making sure we continue to get that stream of income coming into the country”.

In Ghana, remittances are first and foremost voluntary and private transfers and it is the migrant sender and receiver who decides how remittances will be spent.

Remittances help families in Ghana to afford food, healthcare and basic needs, but the on-going economic recession caused by COVID-19 is taking a severe toll on the ability for many Ghanaians based in Germany and other countries abroad to send money home.

On April 22, this year the World Bank predicted that remittances to low and middle-income countries would see the sharpest decline in recent history this year, falling by 19.7 per cent.

It has been extremely difficult to obtain data on remittances Ghanaians in Germany sent back home, but by a survey, 90 per cent of Ghanaians transfer money to Ghana for their families.

Some even send more than half their income and go into debt, according to the household survey, conducted by Ghana Statistical Services (GSS) in six selected districts of the Ashanti and Brong-Ahafo Regions.

It covered 1,200 households, of which 26 per cent had received remittances during the12-month period of the study.

According to the survey Germany, the United States of America, the United Kingdom and Italy were among the highest remittance-sending countries to those six districts.

There is also the problem of the high cost of remitting money to Africa, whereby sending US$200 cost 8.9 percent on average in the first quarter of 2020, compared with the average cost of 9.25 percent last year.

But this time, however, the pandemic had affected all countries, creating additional uncertainties.

Remittances to sub-Saharan Africa are projected to fall from US$48 billion last year to US$37 billion in 2020 – a drop of 23.1 percent – because of the economic consequences of the COVID-19 pandemic, according to the World Bank.

Consequently the outbreak has made it more difficult for Ghanaian migrants around the world to remit money to Ghana because of lost jobs.

Many Ghanaian migrants in Europe and other parts of the world have lost their jobs or had their pay cut due to the COVID-19 outbreak and subsequent lockdowns and is expected to be a significant drop-off in funds sent home this year.