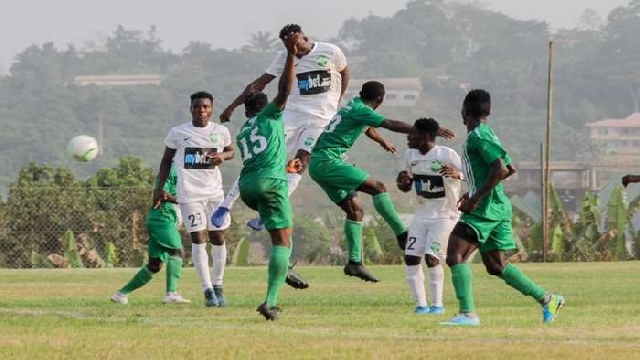 The Ghana Football Association (GFA) has announced it has “warned” veteran Ghanaian coach JE Sarpong over his allegation that 60 per cent of players in the domestic leagues allegedly smoke marijuana.

In June, the former Liberty Professionals and Aduana Stars coach became the subject of controversy as his claims generated unhappy reactions from several quarters.

“The GFA Ethics Committee has warned coach JE Sarpong and coach Ntow Gyan to be of good behaviour in accordance with Section 2 Article 7(1) (a) (Disciplinary Measures) of the GFA Code of Ethics,” the GFA announced on its official website.

“In addition, they shall undertake social work to provide public education and conduct programmes on anti-doping and anti-drug abuse in sports, football and the youth in general.

“They are expected to liaise with an NGO that is engaged in such programmes for a period of six weeks after which the NGO shall submit a satisfactory performance report on their services.

“These decisions were taken by the Ethics Committee after receiving two audio recordings in which coach JE Sarpong and coach Ntow Gyan alleged in radio interviews, that ‘60% of players in the Ghana Premier League and the Division One League smoke marijuana (weed).”

During the June episode, Sarpong buttressed his claims with revelations he once personally assisted a player to obtain the substance ahead of a Premier League game.

“The comments were deemed to have brought the game into disrepute and breached Article 11(2) (a), (b) and (d) of the GFA Disciplinary Code (2019),” the GFA announcement continued.

“However in their respective Statements of Defence, both coaches apologised and admitted that their comments were inappropriate.

“In its ruling on both cases, the Committee has asked both coaches to publicly retract the comments and provide audio evidence to the committee.”

Sarpong, who has also worked with Liberty Professionals and Ebusua Dwarfs, was once assistant coach of Ghana’s U23 side.