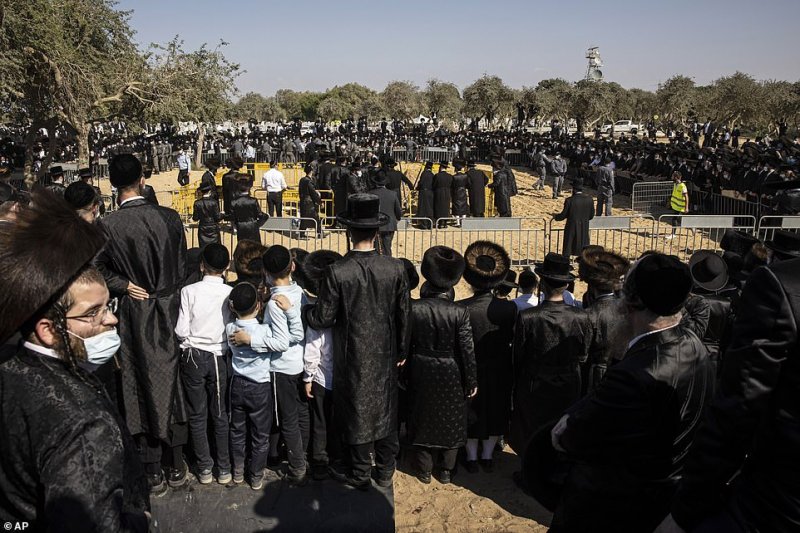 Thousands of ultra-Orthodox Jews attended the funeral in Jerusalem of an influential rabbi in defiance of a third lockdown in Israel, prompting condemnation by a leading coalition partner and former rival of Prime Minister Benjamin Netanyahu.

“This is what unequal law enforcement looks like: Millions of families and children are locked up inside their homes and abide by the rules, as thousands of ultra-Orthodox crowd at a funeral,” tweeted Defence Minister Benny Gantz, of the centrist Blue and White alliance, posting aerial footage of the funeral.

Most at the funeral for Rabbi Meshulam Dovid Soloveitchik wore no masks, Gantz charged, adding: “Either we close for everyone, or we open for everyone.”

Netanyahu and Gantz’s unity cabinet was scheduled to meet late on Sunday to discuss extending the third lockdown, due to expire at midnight.

The two former rivals formed the emergency unity government aimed at combating the pandemic in May, after March 2, 2020 elections, but their tense cooperation has exploded amid a dispute over the 2020-21 state budget.

Gantz has warned that he will not support extending the lockdown by another week, unless police enforce violations by members of the ultra-Orthodox community who ignore the regulations.

Gantz has pushed for higher fines and for a green light to close without prior warning educational institutions that open in defiance of the lockdown.

Israel, a country of 9.3 million inhabitants, has seen 4,768 Covid-19 related deaths, but has already administered the first dose of the Pfizer/BioNTech vaccine to over 3 million of them. Over 1.7 million have received also the second dose.